The secondary process is where the biological treatment occurs, this process is called activated sludge.The “activated” part of activated sludge is the microorganisms that consume the pollution in the water. When the water arrives at the secondary treatment process, microorganisms are added to the water by introducing Return Activated Sludge (RAS) as it flows into one of six basins. In these basins the water is aerated by one of four 2,000 horsepower blowers so the microorganisms have enough oxygen to live and consume pollution. Each basin has four passes, and each pass has progressively more dissolved oxygen (DO) in the water. As the water moves through the activated sludge process Biochemical Oxygen Demand (BOD), Ammonia-Nitrogen (NH3-N),Nitrate-Nitrogen (NO2-N), and Phosphate as Phosphorus (PO4-P) are reduced or removed. 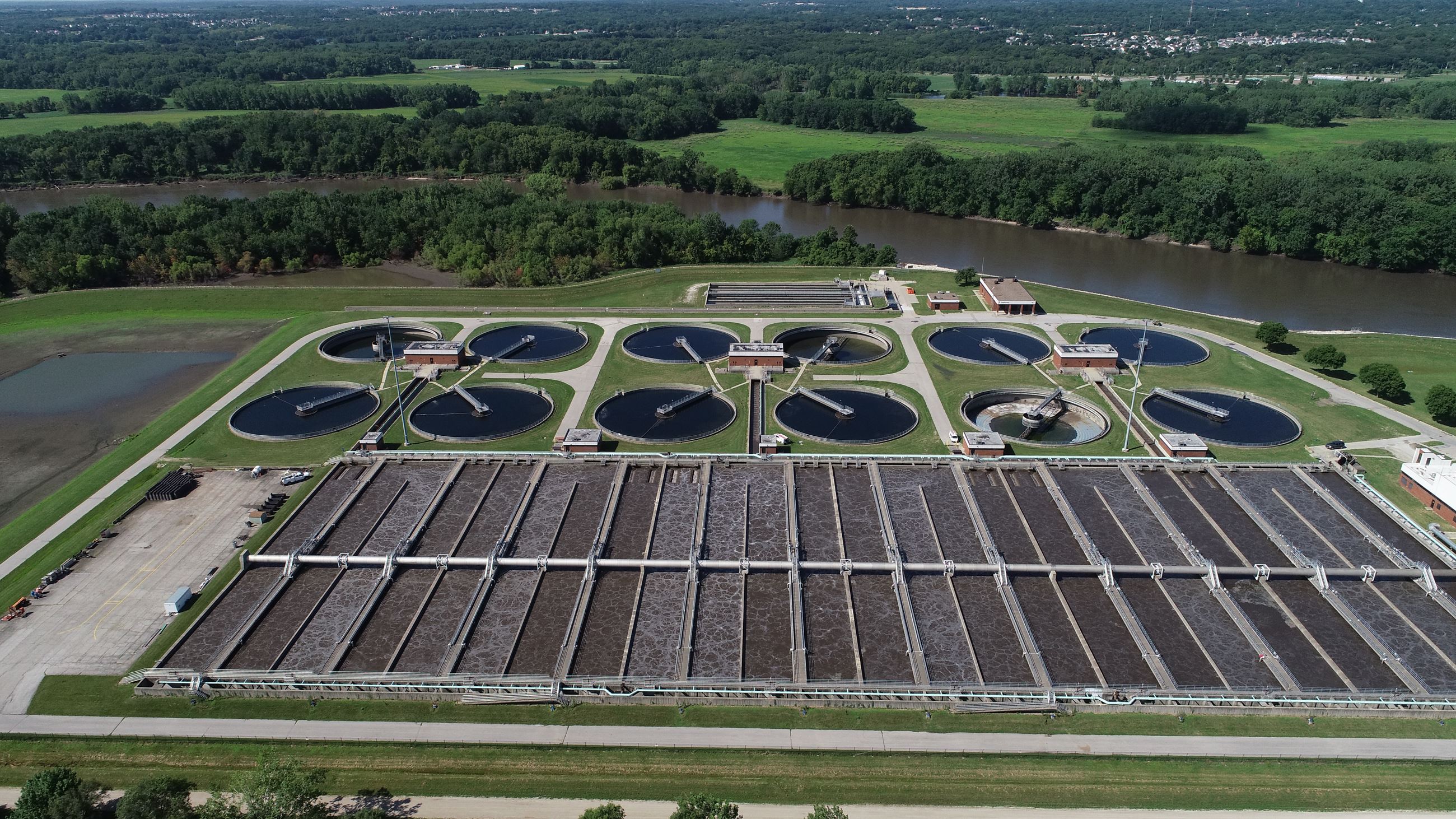 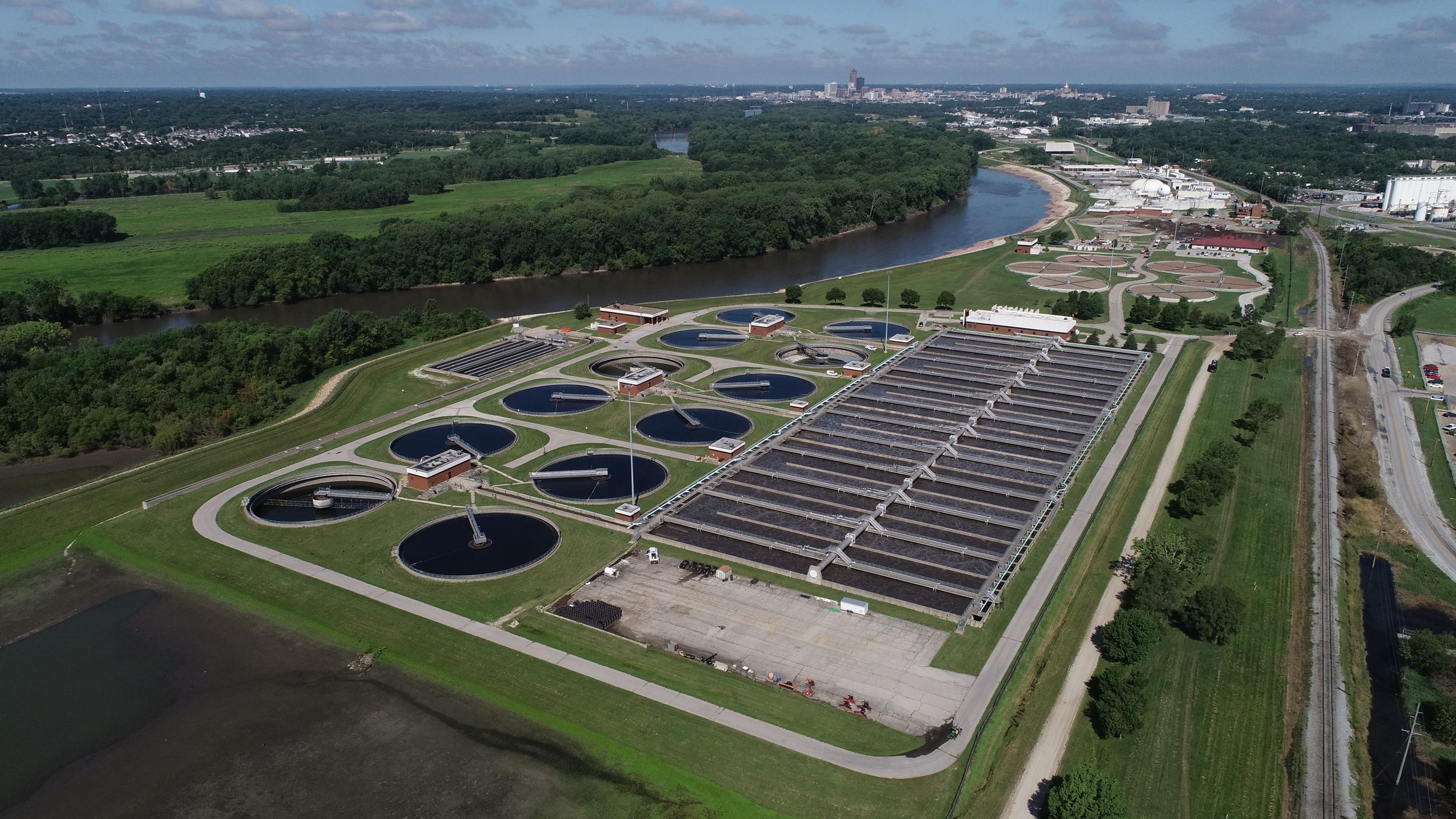 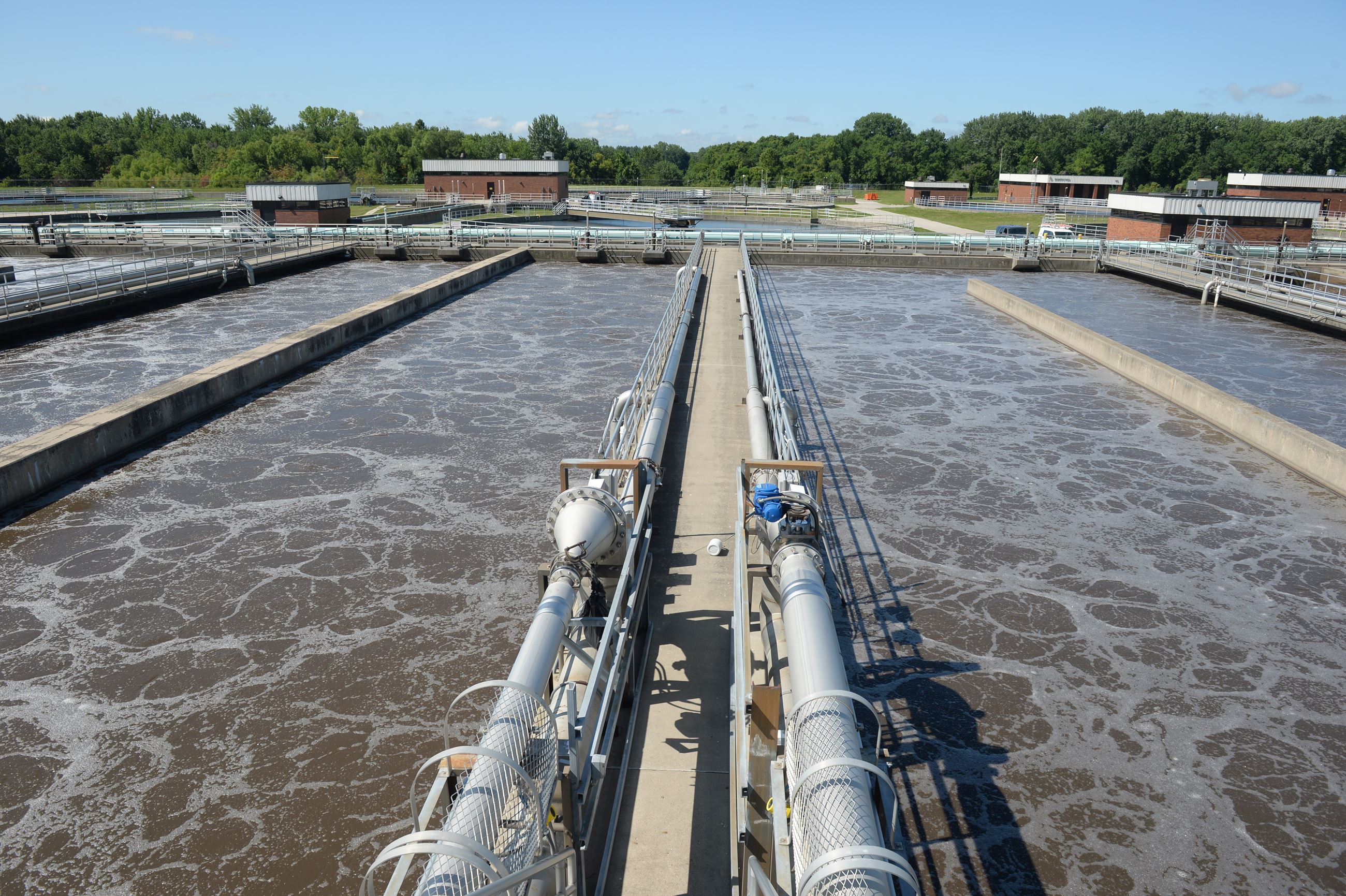 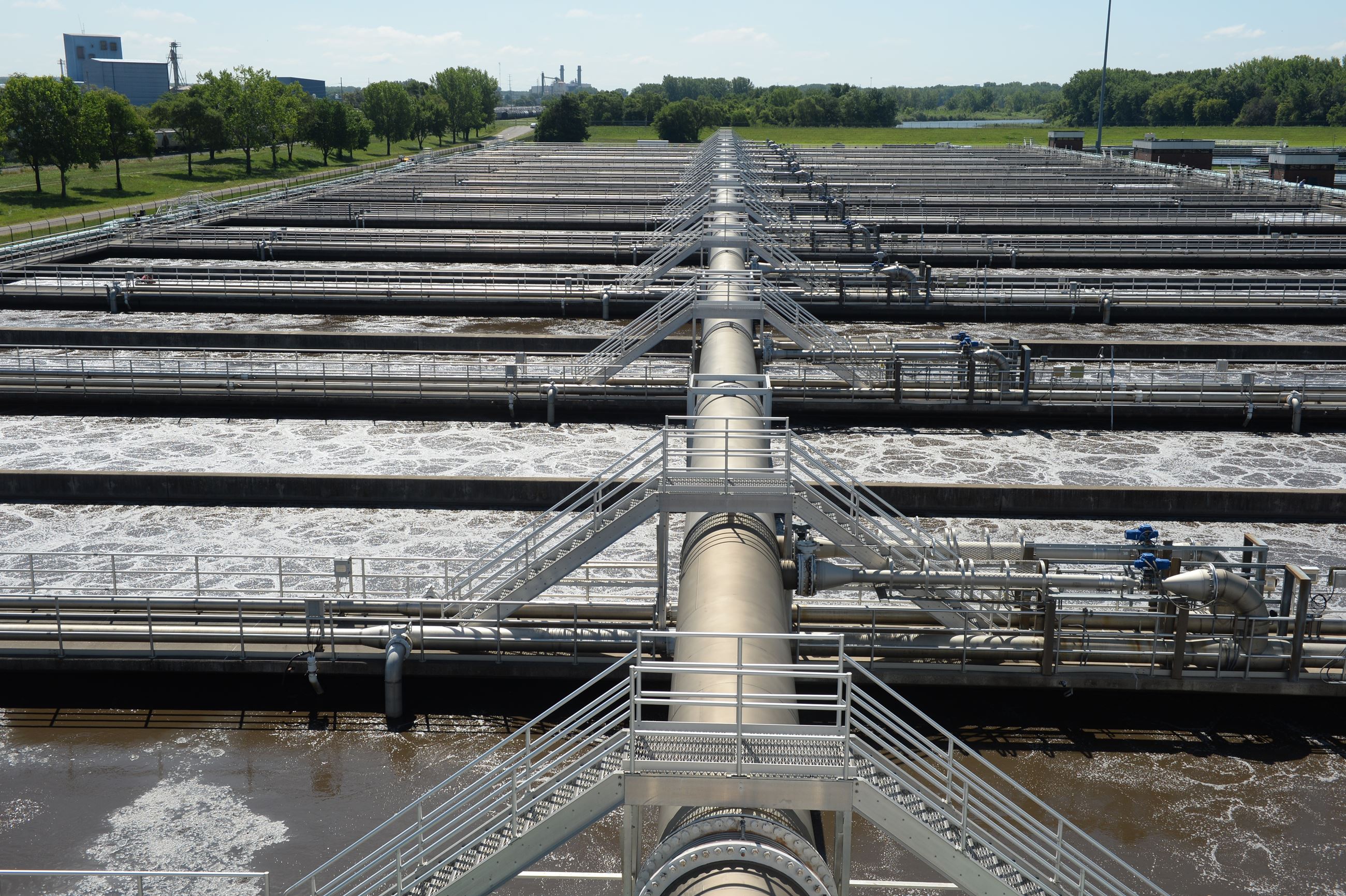 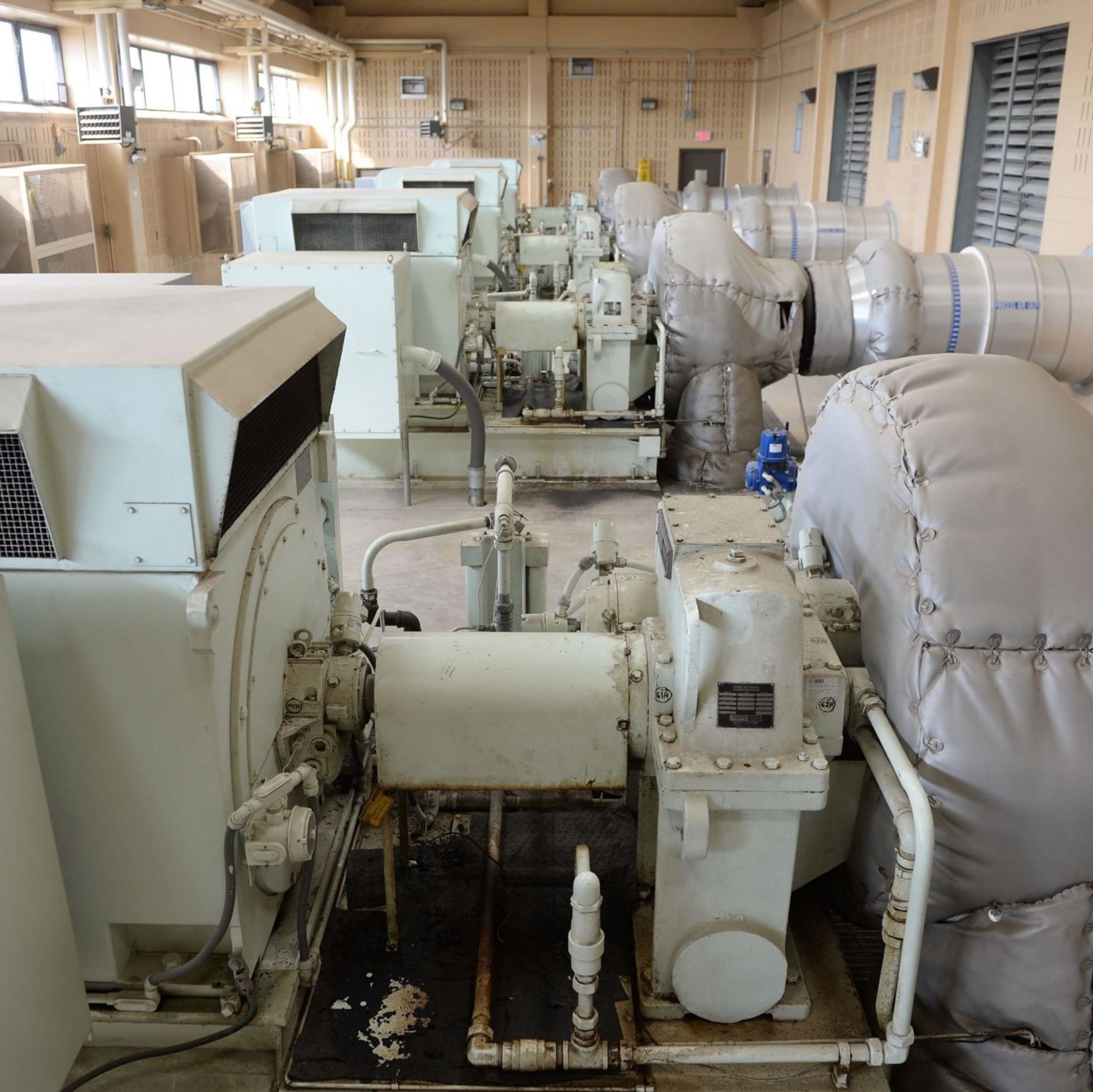 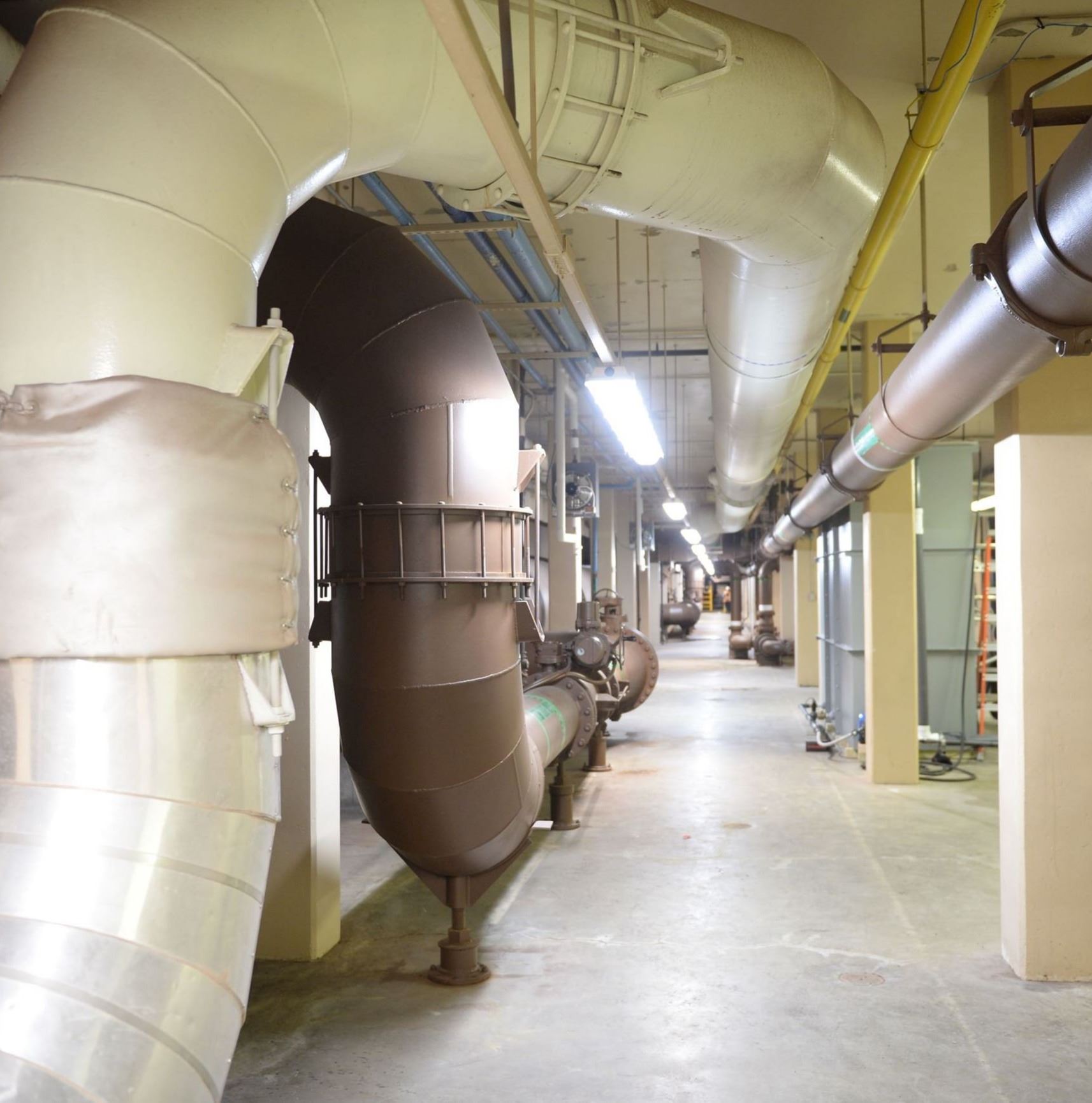 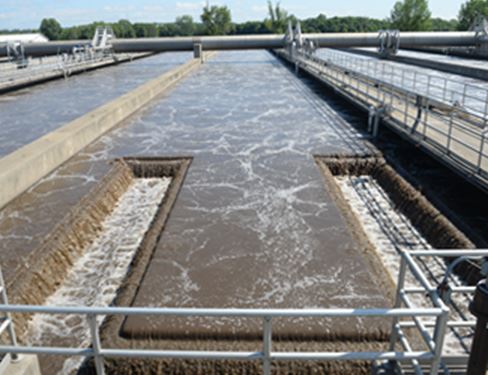 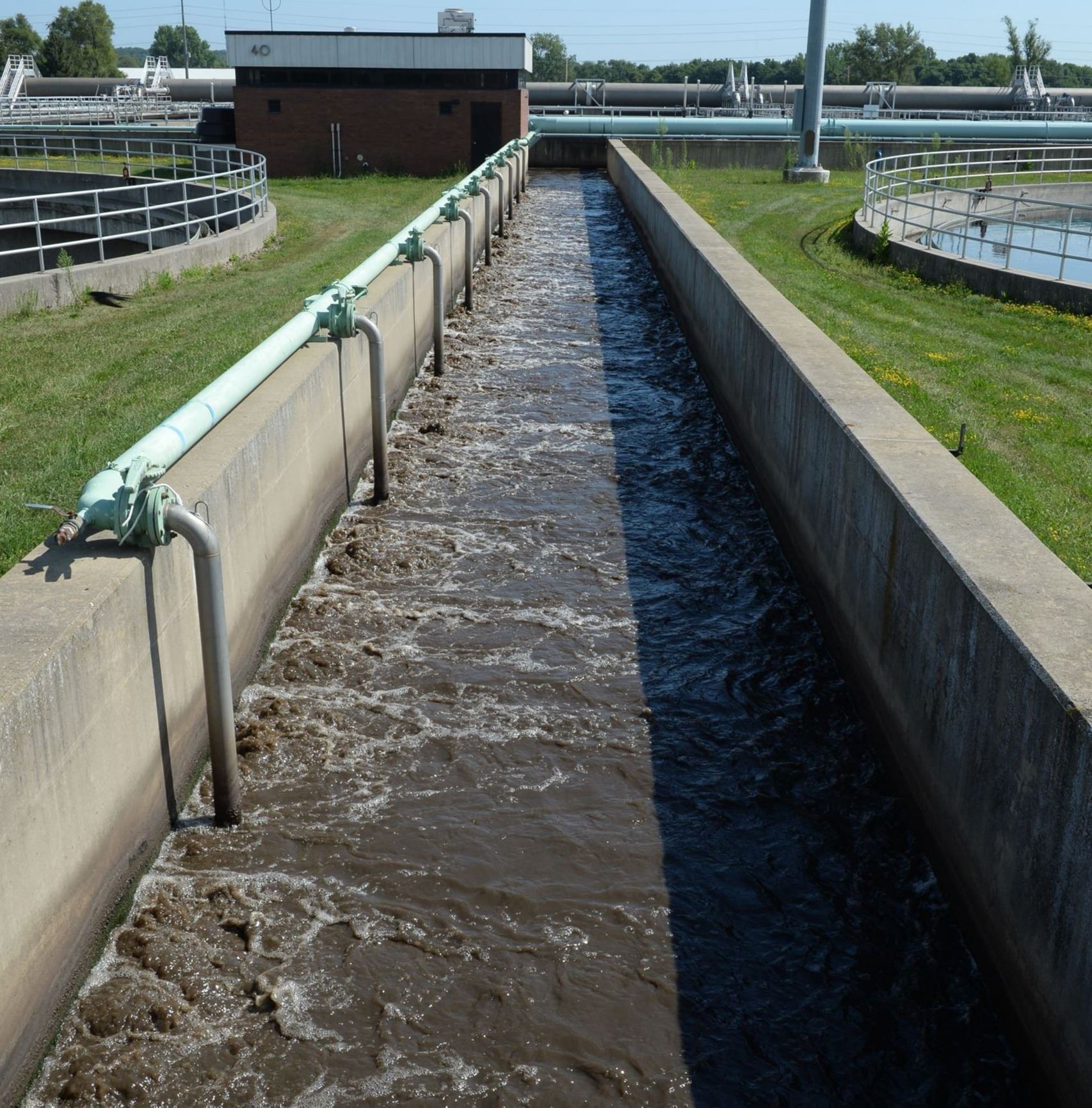 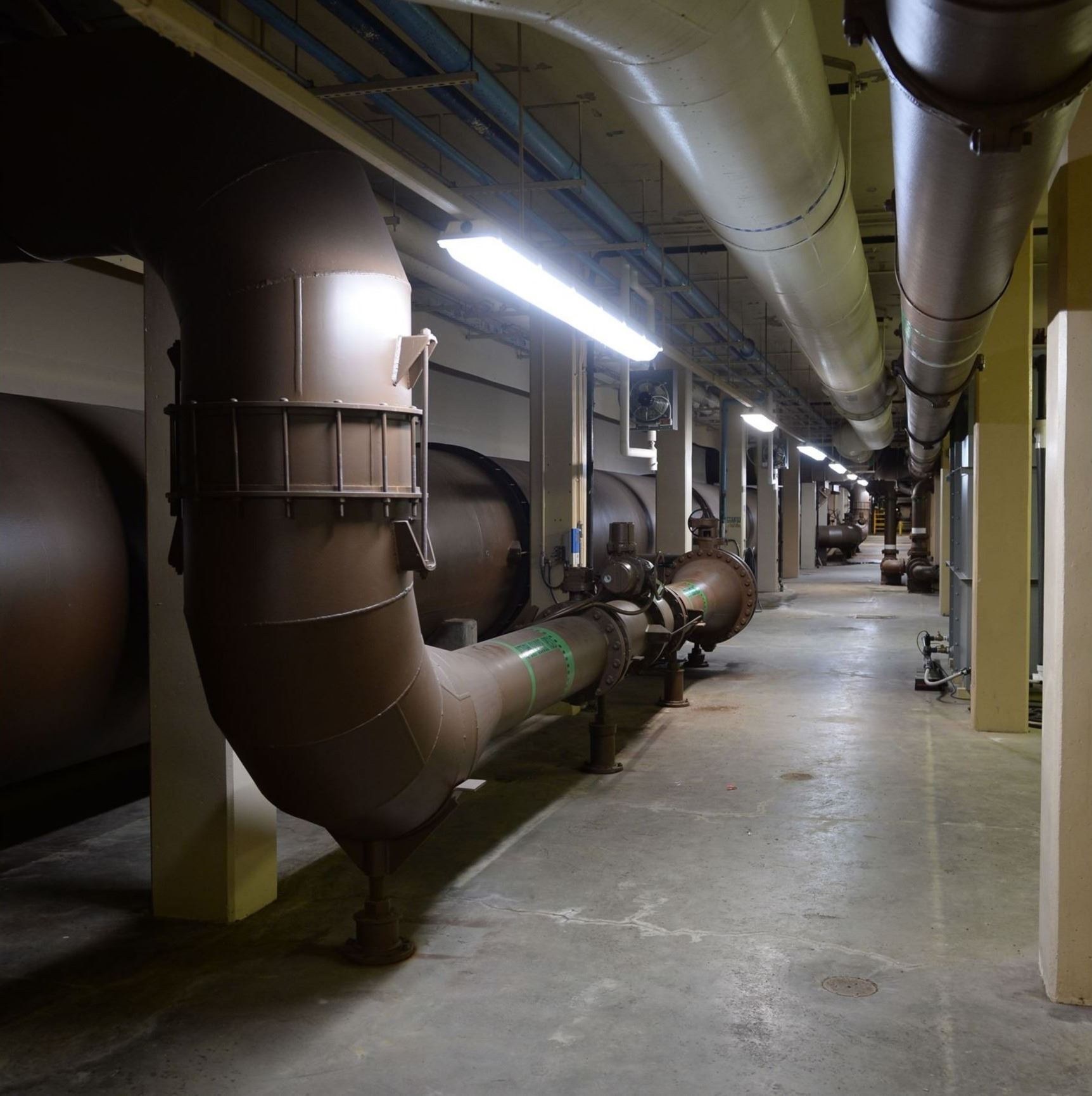 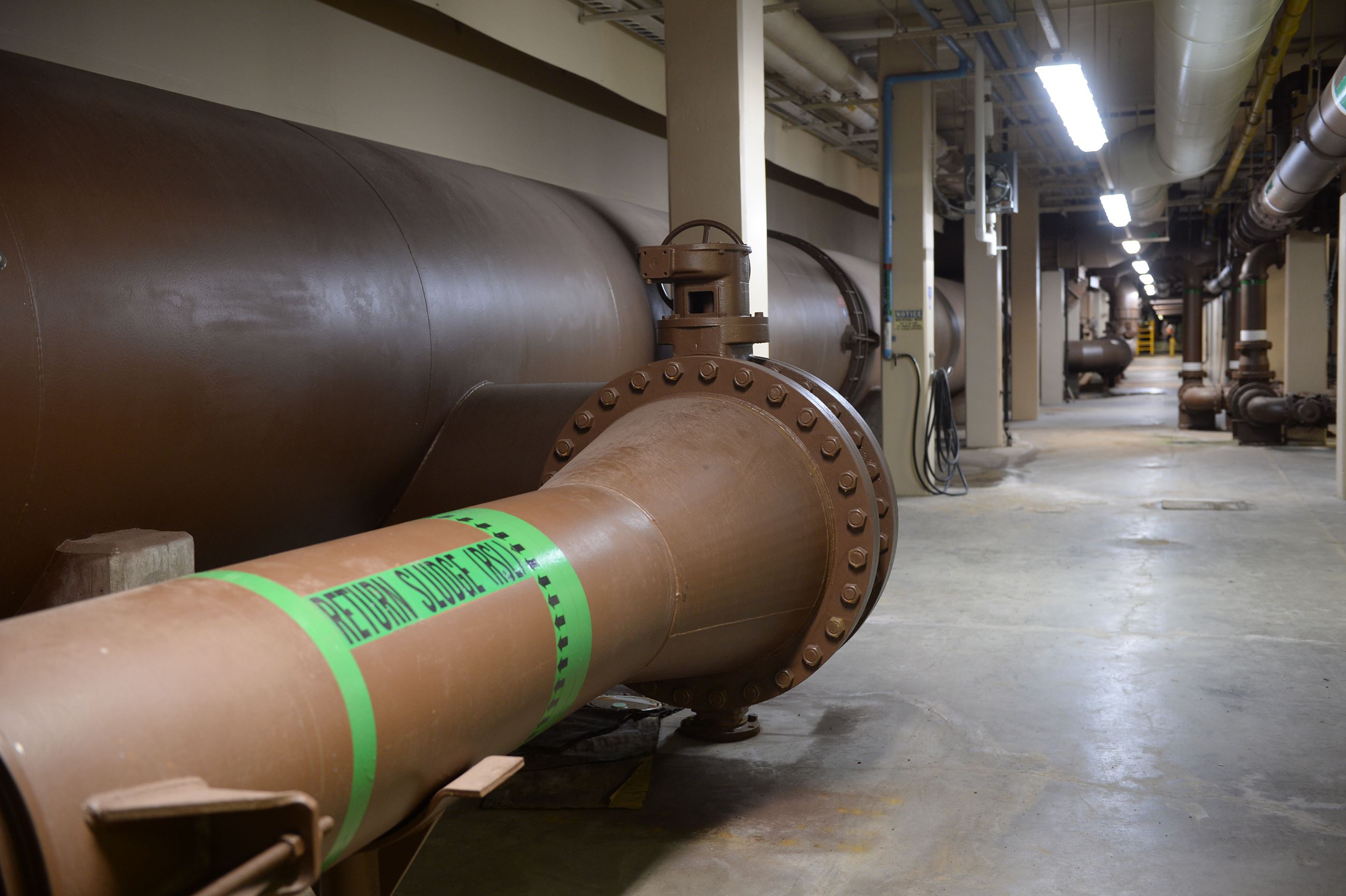 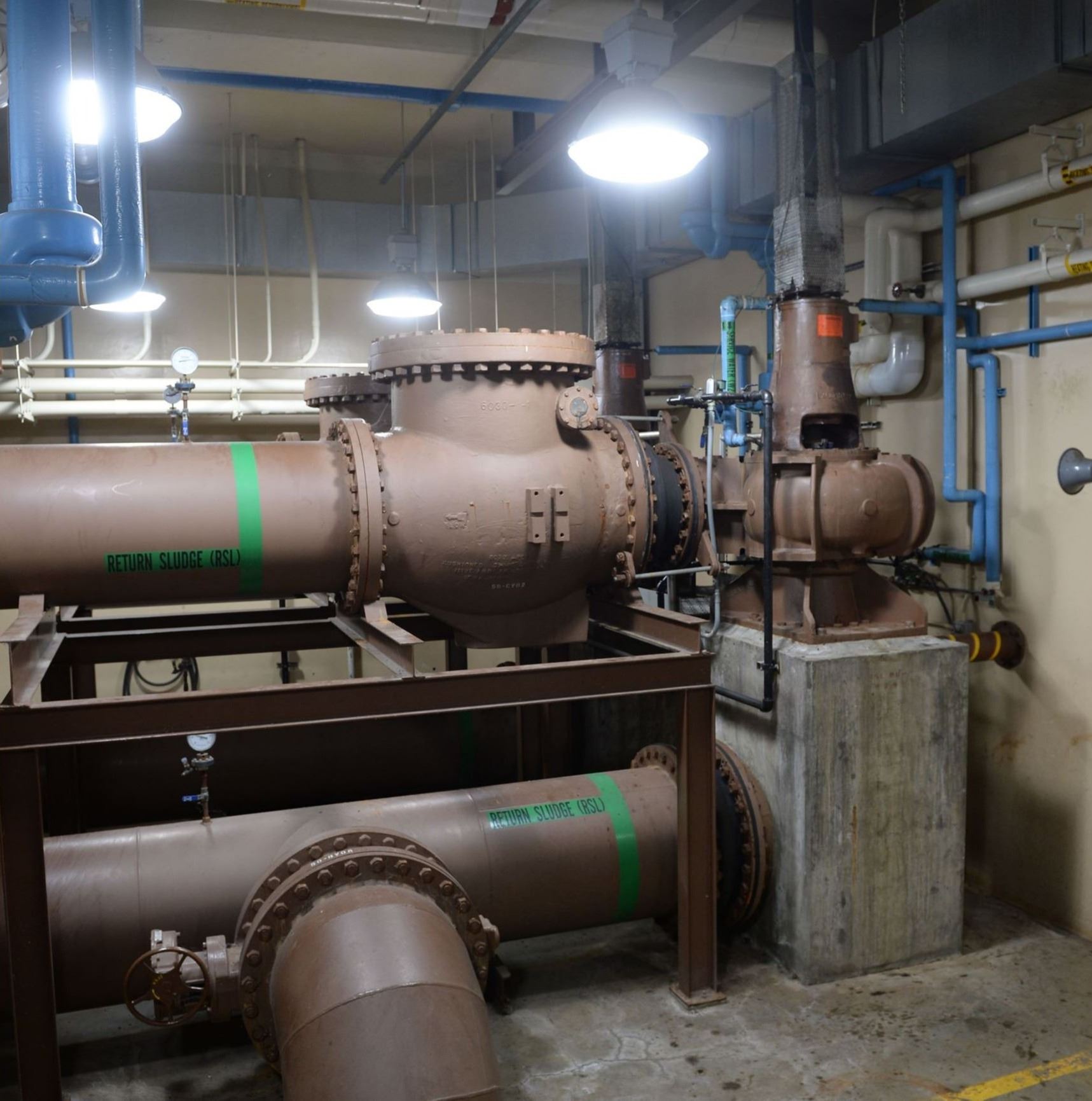 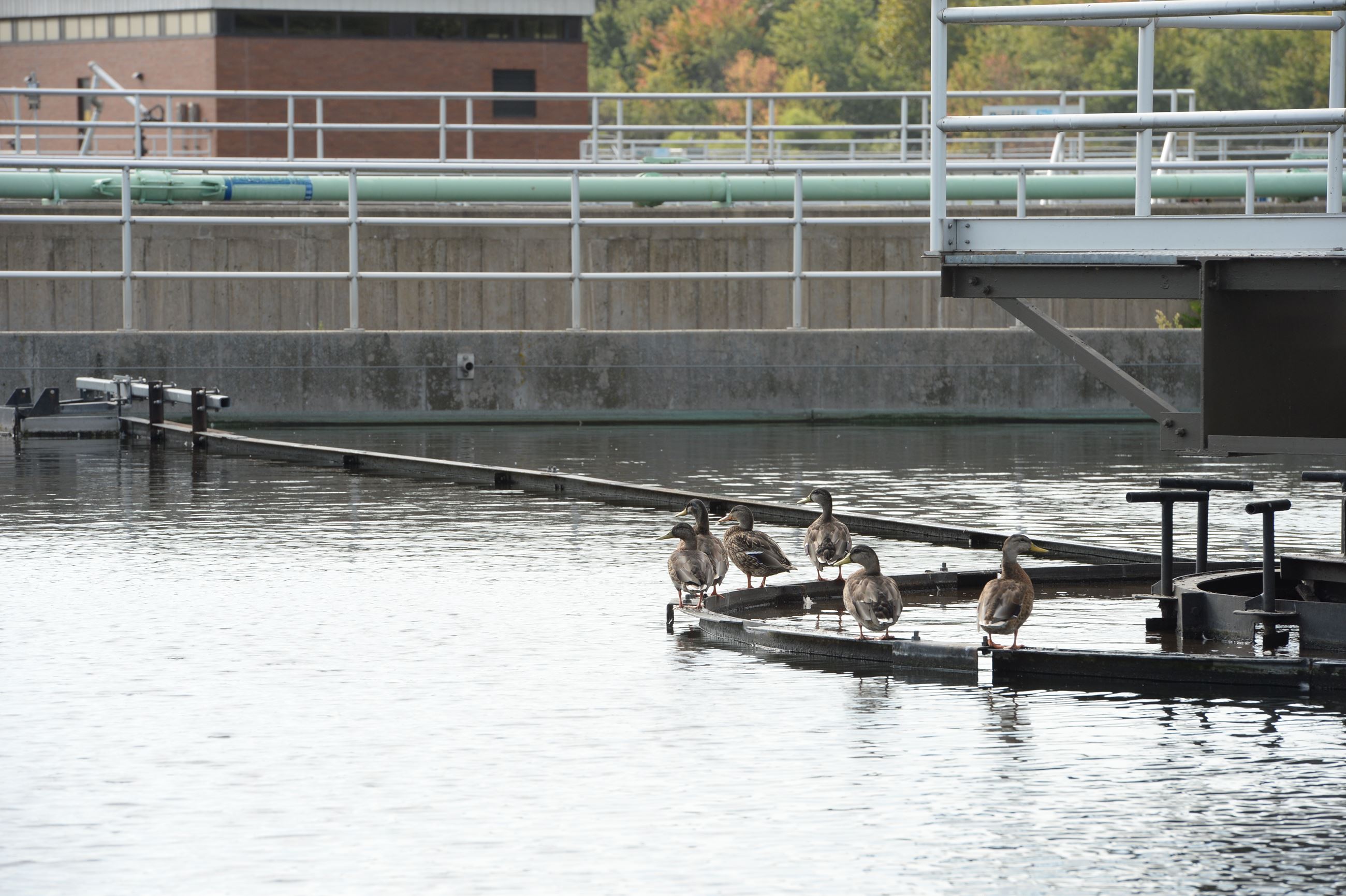 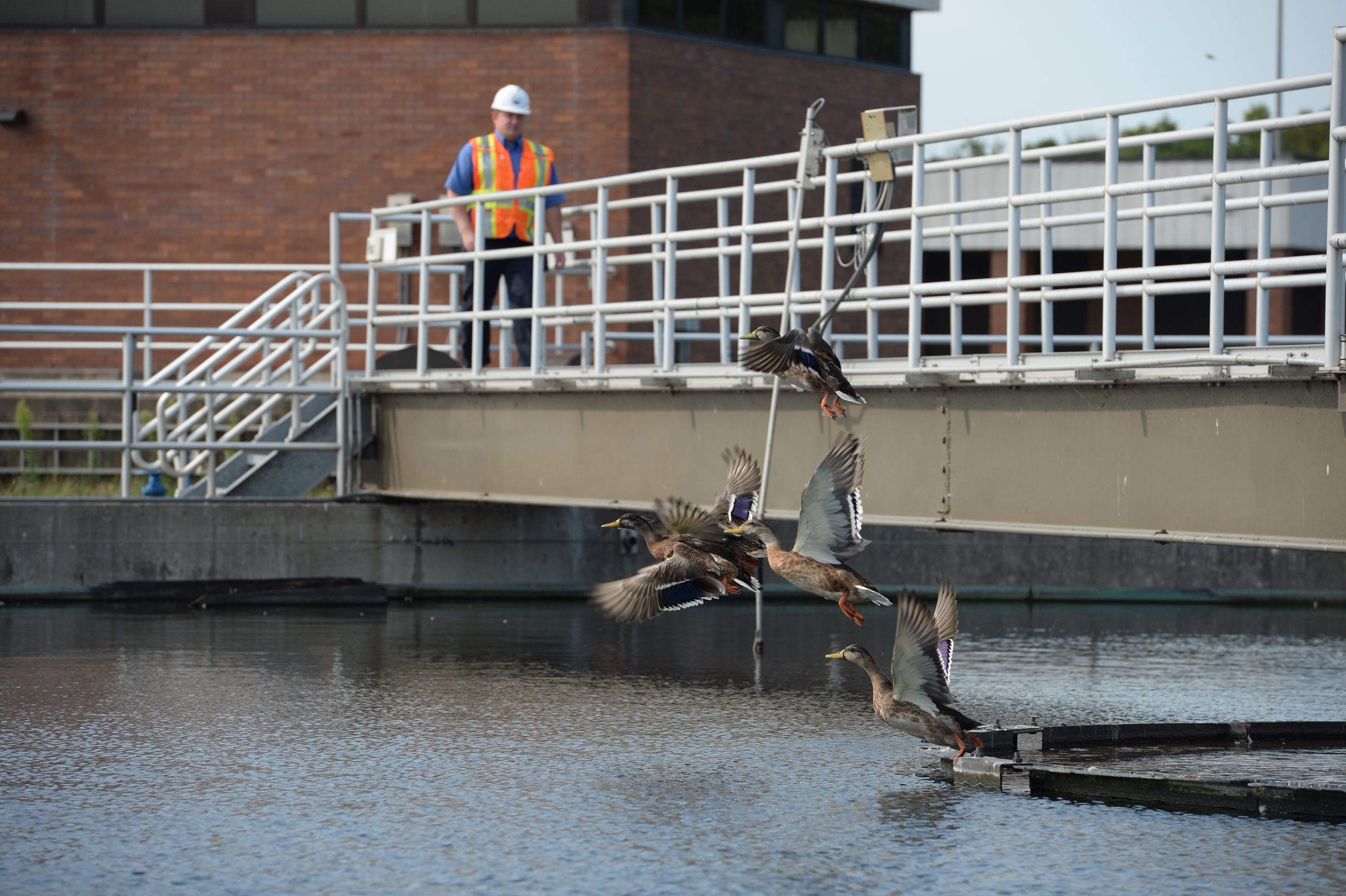 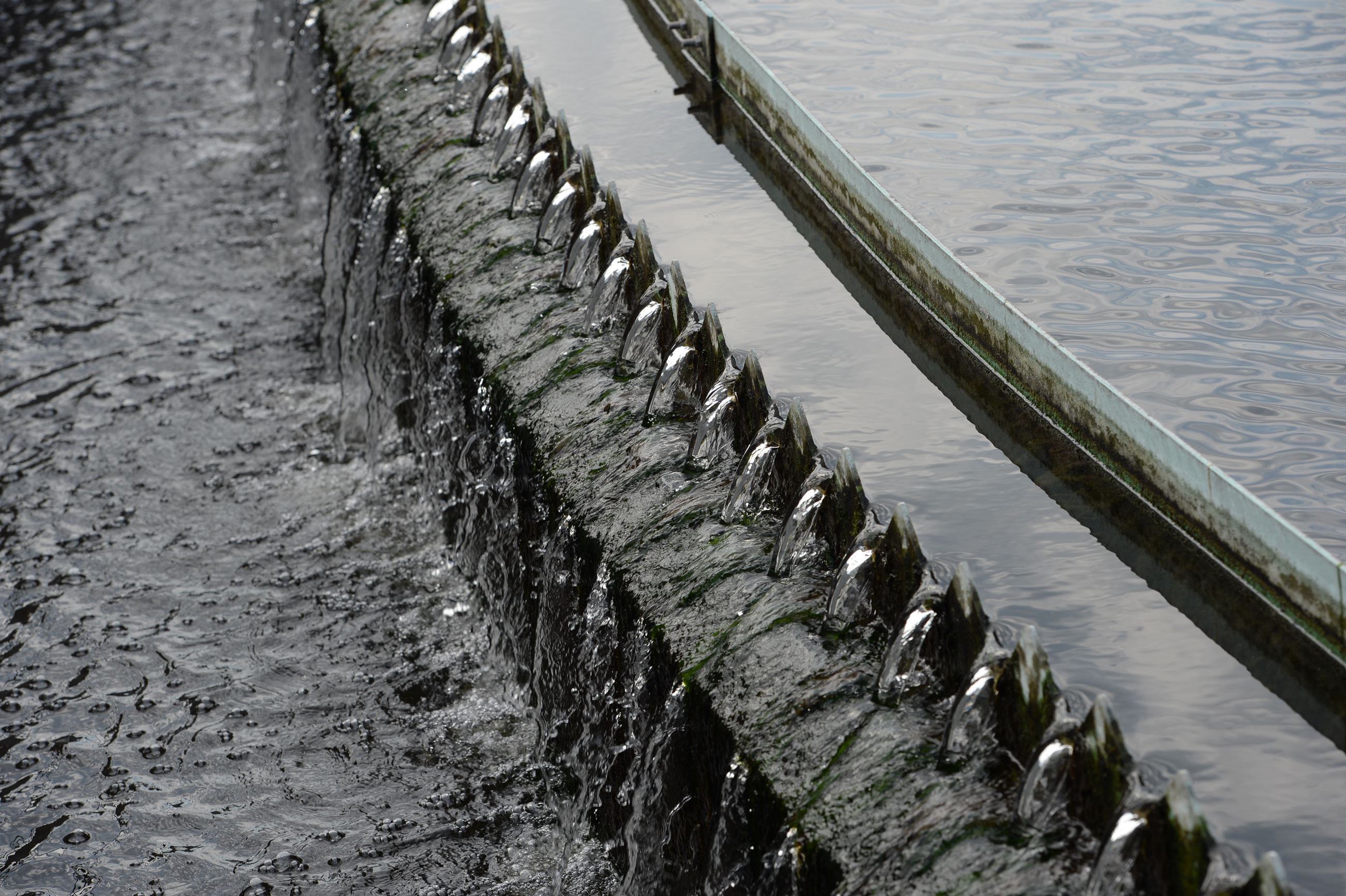 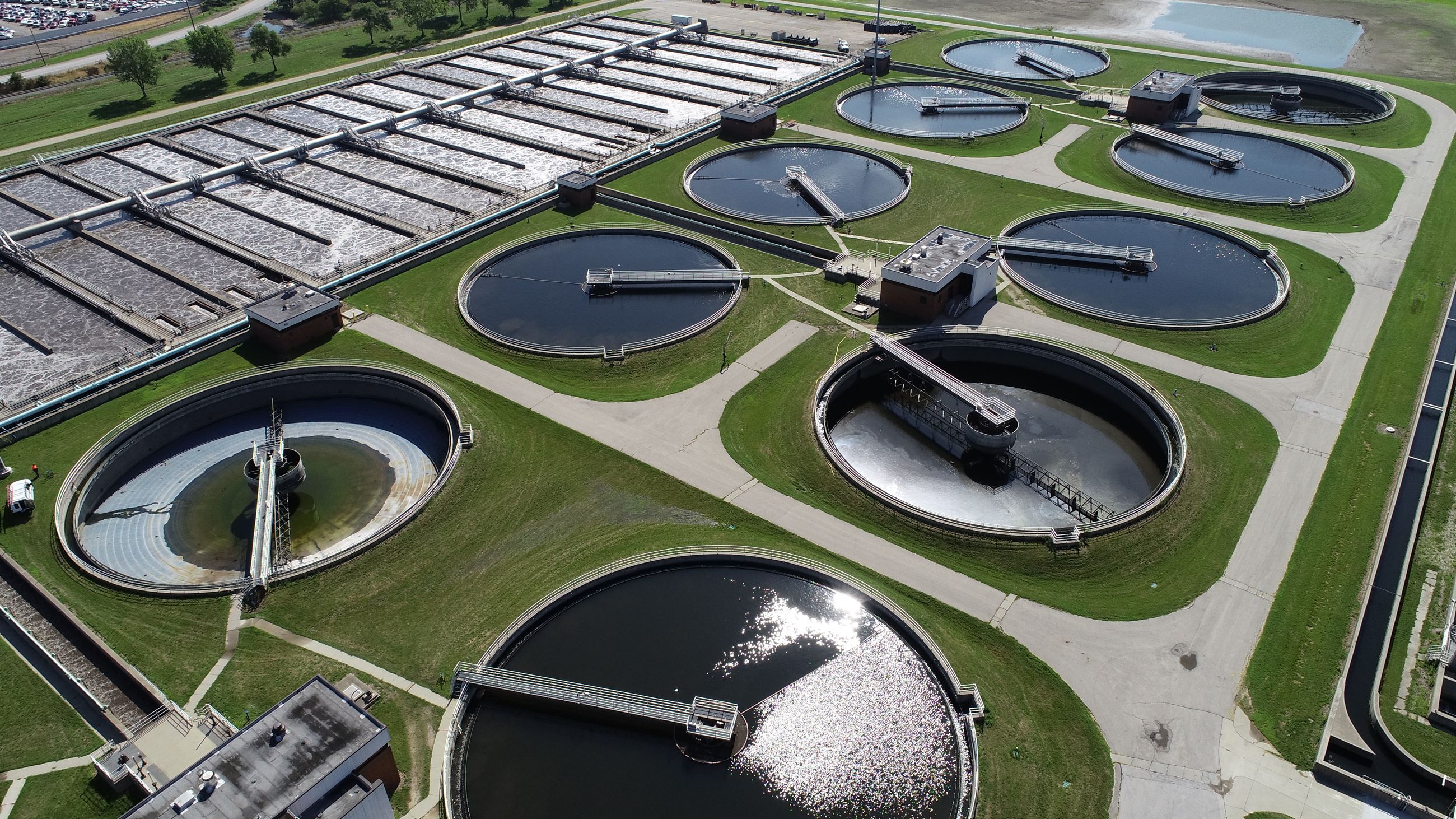 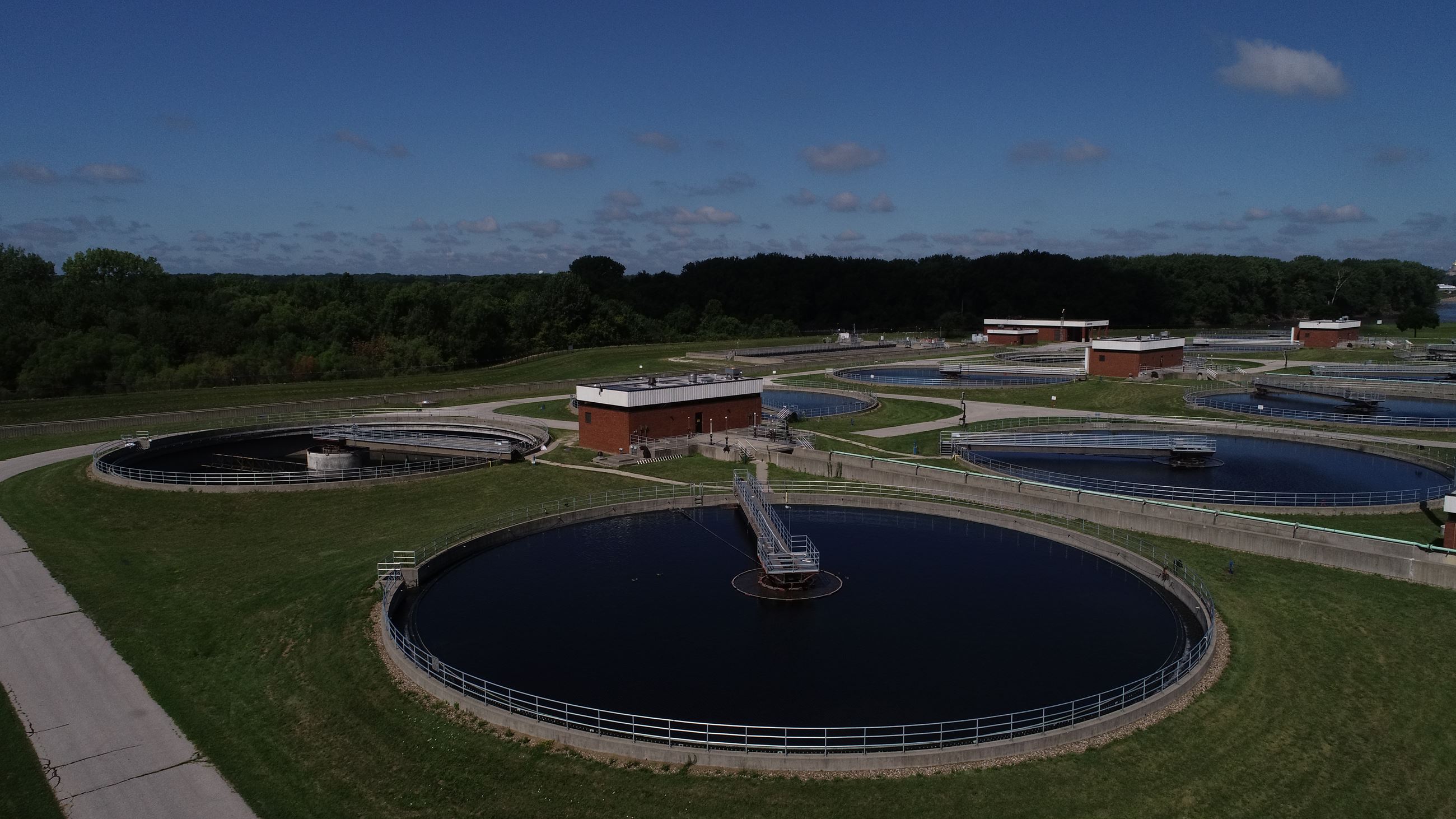